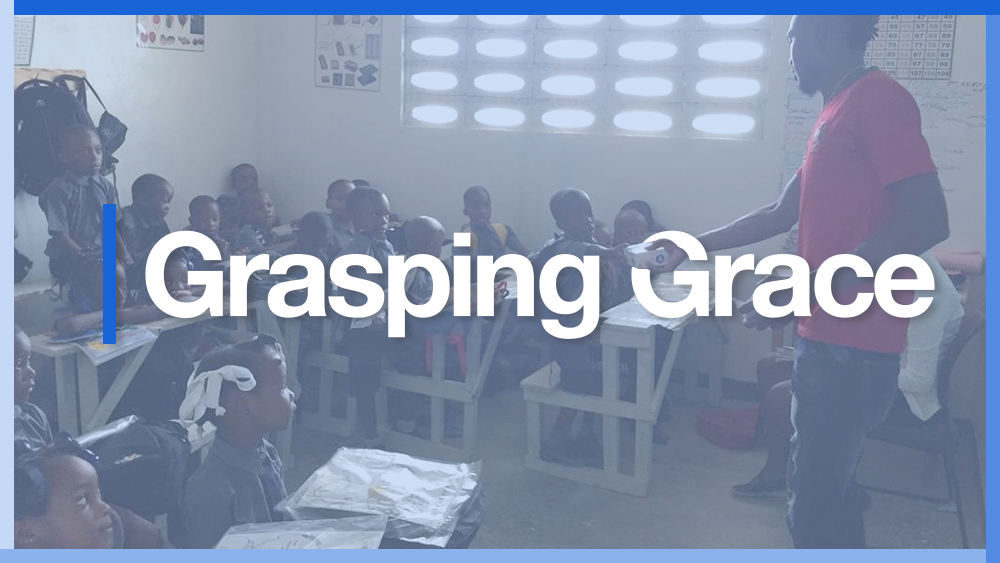 Posted at 05:00h in Devotional by Meagan Briggs 0 Comments
Share

The little girl in the Haitian school room took one look at Blessings employee, Jean Toussaint, then at the pen he’d put in her hand, and decided on a different route. After all, there was no way anyone could toss the pen at the water bottle and make it balance upright on the cap. 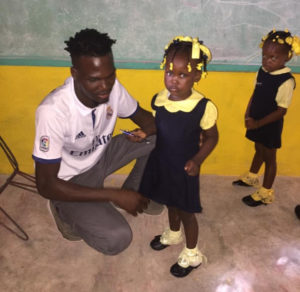 Her way, while still difficult, was not impossible, and it would help her chances of winning the prize of a coloring book.

She stooped over the bottle on the floor and tried to make the pen stand up. The other children giggled at her attempt and Jean had her stand back.

And she did…going right back the bottle, willing the pen to balance.

This happened every turn she got. Determined to win, she disregarded the rules. 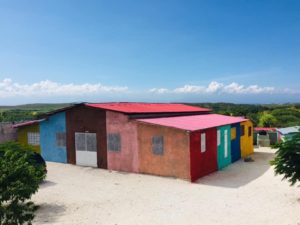 School of Grace, where Jean served

She’s a representative of many of us. Because little did she know, the challenge was an analogy of how we cannot earn God’s grace.

When none of the children succeeded at the challenge, Jean waved goodbye to the classroom of elementary-aged children and made as if he was going to take the coloring books to the next classroom. Even though he’d told them the terms, the children hollered at him not to go, to give them more chances. 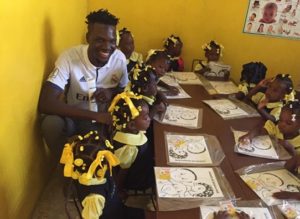 Jean turned back. “No one could ever win the challenge. No one earned this prize.” He held up the bag of coloring books. “But I love you and I want you to have these, so I am going to give you grace.”

He began giving out the booklets. “God gives us grace by forgiving and loving us. We could never earn His love or forgiveness, just as we could never get this pen to stand on the bottle. Because Jesus made a way for us, we can receive God’s grace, even though we don’t deserve it.”

“For all have sinned and fall short of the glory of God,

and all are justified freely by his grace

through the redemption that came by Christ Jesus.”

How have you seen grace demonstrated? What form did it take? A favor, a gift, a charitable act, forgiveness? Tell us in the comments!

Sorry, the comment form is closed at this time.