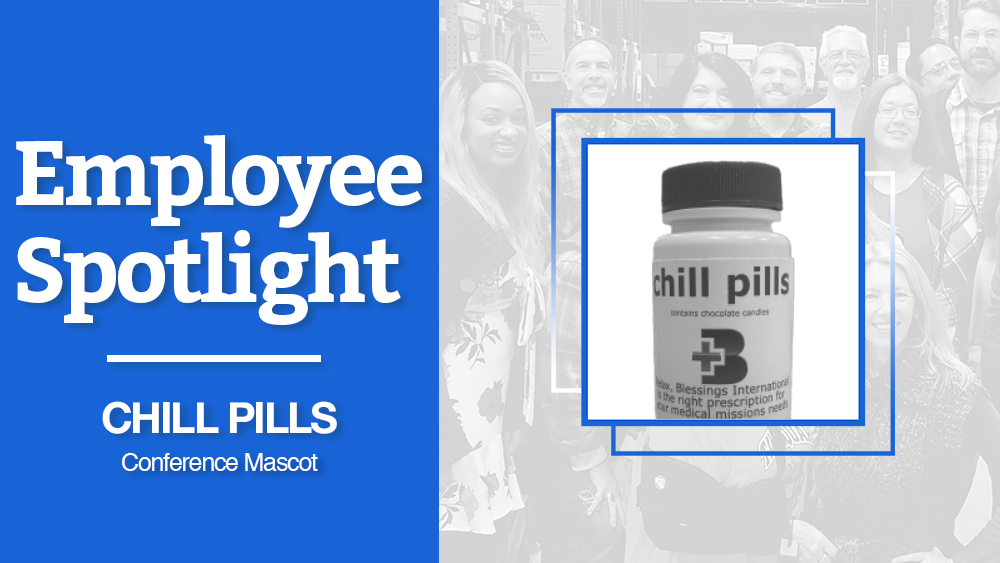 If you had to compare yourself to a TV-show or movie character, who would you be, and why?

I’m a lot like Wilson the volleyball from Cast Away. He’s a really important character who doesn’t necessarily say much, but whose very presence changes the scope of the film. I feel like I can be like that. Some might say I’m dispensable, but when you realize the psychological, emotional, and even spiritual support someone in my role lends, you realize that’s not something you can just manufacture.

Describe the part you play at Blessings:

I’ve been an intricate part of Blessings International for eight years now. I first began in the production room. Back then, I had a harder exterior and kept a seal on everything, including my thoughts and emotions. But these days, after working with some of the best colleagues who gave me a uniform and a dose of generosity, I’ve changed. Nowadays, I’m a pretty chill kind of guy.

I was promoted from production pretty quickly. I hit the road with Laura Berry, our business development director, and she and I attend conferences throughout the year. At conferences, Laura is great about sharing the lime light with me. We both know without saying it that I’m the famous one. Everyone asks about me year after year. They always look for me at the booth. They recognize me by my blue cap and the Blessings logo I proudly wear. But I let Laura do all the talking. She’s really good at it. And I’m great at my job, which is to bring people to the booth and put them at ease.

What is your favorite aspect of your job?

It may sound conceited but my favorite thing is seeing people’s faces light up when they see me at a conference. The days are long, you’re standing all day, and everyone wants a piece of you, but that look of sheer joy is what makes it all worthwhile for me.

Where have you served in a missional capacity?

Oh gosh. My life is a mission. As I always say, I’m just a vessel.

Where/How would you like to serve in the future?

I can’t explain it, but Hershey, Pennsylvania, has always been on my heart.

What was your last staff devotional about?

Savor the sweet things in life by being thankful. One thing I don’t see a lot any more is people saying grace before their meal or snack, and I think it’s important to thank God for even the small things.

What is your best memory here at Blessings?

I know most people don’t enjoy annual employee reviews, but I look forward to them. Barry and I go over mine. I have a record of perfect reviews. Most years, instead of giving me the highest score of a five, he’ll give me a six. Thus my nickname, Sixlet. I’m a words-of-affirmation kind of guy, so each time I get a six out of five, I melt a little. 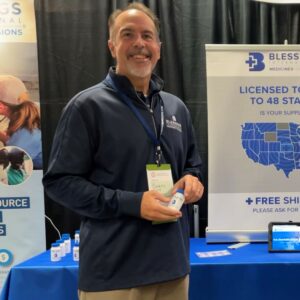 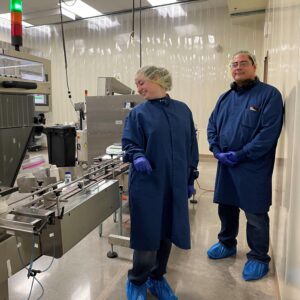 Causing some mischief during a production photo shoot.