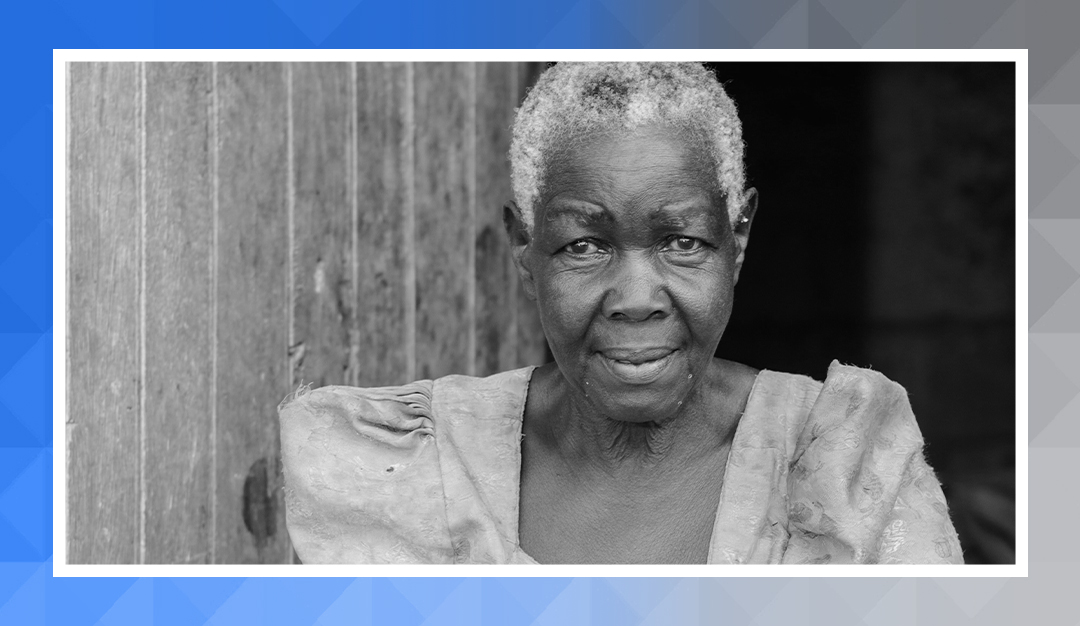 Posted at 04:24h in Story by Meagan Briggs 0 Comments
Share

When Oseye* came to the Mission Partners for Christ clinic in her village, she couldn’t see more than a foot in front of her. Age and disease had made her eyes dim and her life reliant on others. As she came to the clinic, holding the arm of another, her only medical complaint was her blindness.

Welcoming Oseye at the triage station was Sheri and her translator. They received Oseye and prayed with her for restoration of her sight. Sheri noted on Oseye’s paperwork that they had prayed for her, and with a smile, she guided Oseye to the doctor, who referred the woman to the area where they offered glasses.

Unfortunately, there was not much the optometrist team could do to help Oseye. Except to pray. Which they did. And then Oseye left for home.

Only a couple minutes later, Oseye returned, her face full of joy. She pointed at one of the men who had prayed for her. “I can see your shirt,” she said. “It’s green!” Sheri (second on left) on a previous mission trip. Right, a patient at Mission Partners for Christ’s Benin 2021 clinic.

Knowing she had been healed, the man wanted to see to what extent. “How many fingers am I holding up?” he asked through an interpreter. He held up five.

He held up three.

Oseye left the clinic that day seeing and praising God, so very different from how she’d come in. It wasn’t until that evening, when the team met to discuss the day’s events, that Sheri and her interpreter heard the conclusion of the story that had begun with their initial prayer. Together the entire Mission Partners for Christ team praised God for this miracle.

*Not her real name